Academics working today are laboring in a rapidly changing landscape of scholarly communication.

When acclaimed Internet researcher danah boyd published her recent book, “It’s Complicated,” about the social lives of networked teens with the highly reputable academic house Yale University Press, she also put a free PDF of the book up on her own website.  She wrote this about that decision:

“…I didn’t publicize this when I did so. For those who are curious as to why, I want to explain. And I want you to understand the various issues at play for me as an author and a youth advocate.

I didn’t write this book to make money. I wrote this book to reach as wide of an audience as I possibly could. This desire to get as many people as engaged as possible drove every decision I made throughout this process. One of the things that drew me to Yale was their willingness to let me put a freely downloadable CC-licensed copy of the book online on the day the book came out. I knew that trade presses wouldn’t let a first time author pull that one off. …But what I started to realize is that when people purchase the book, they signal to outside folks that the book is important. This is one of the reasons that I asked people who value this book to buy it. Your purchasing decisions help me signal to the powers that be that this book is important, that the message in the book is valuable.” (emphasis in the original)

It’s an important and worthwhile book, and you should buy it and/or download it, depending on what you can manage. What I so appreciate about what she’s done here is to find a way to thread the very thin needle of open access and a prominent, scholarly book. 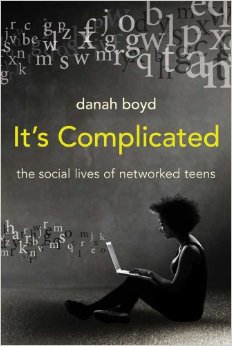 Elsewhere in that post, she describes her experience with the machinery of publishing, and it goes like this:

“If you haven’t published a book before, it’s pretty unbelievable to see all of the machinery that goes into getting the book out once the book exists in physical form. News organizations want to promote books that will be influential or spark a conversation, but they are also anxious about having their stories usurped by others. Booksellers make risky decisions about how many copies they think they can sell ahead of time and order accordingly. (And then there’s the world of paying for placement which I simply didn’t do.) Booksellers’ orders – as well as actual presales – are influential in shaping the future of a book, just like first weekend movie sales matter. For example, these sales influence bestseller and recommendation lists. These lists are key to getting broader audiences’ attention (and for getting the attention of certain highly influential journalistic enterprises). And, as an author trying to get a message out, I realized that I needed to engage with this ecosystem and I needed all of these actors to believe in my book.”

Her experience with publishing is quite different from the traditional academic’s experience, but then that might be expected as danah boyd is not a traditional academic.  If you’re not familiar, danah boyd is something of a celebrity among folks who study the Internet, works as a Principle Researcher at Microsoft, and is starting her own research shop called Data & Society. Her work is also on two areas  — the Internet and teenagers — that has wide public appeal.

The reality for most traditional academics is that they produce “Long, complex monographs are expensive to produce yet sell only 150 to 300 copies.”

The news is even worse for academic papers published in traditional journals. A study at Indiana University found that:

“as many as 50% of papers are never read by anyone other than their authors, referees and journal editors.” That same study concluded that “some 90% of papers that have been published in academic journals are never cited.”

This is a certain kind of impact, to be sure, if who you are trying to have an impact on is an elite group of specialists in your field.  But this model of publishing is never going to have much of a wider reach.

As Anthony DiMaggio, writing for CounterPunch, notes about his own field of Political Science, that it is dominated by “over-specialization and obscurity” with scholars who carve out “extremely narrow niches” that have “no practical utility.”  DiMaggio minces no words as he calls out social science academics broadly for a lack of relevance and what he deems as cowardice:

“Lack of relevance to the political world doesn’t make one’s research interesting or worthwhile, but this message falls on deaf ears in insulated places like high ed social science departments.  A main reason for scholars’ contempt for political advocacy is cowardice.  The vast majority of scholars have been socialized their entire lives to believe they must always remain ‘objective,’ and that to take a position on an issue would be heretical.  Most scholars operate according to a pack mentality – fearful of engaging in unconventional behavior.  By producing useful real world research, one is challenging the sacred rules governing ‘objective’ social science that celebrate esoteric research agendas. To step outside that mold would be to endanger one’s prestige, and risk that one will be seen as unprofessional in colleagues’ minds. Such pressures ensure that academics remain part of the problem, not the solution. They fail by design to challenge the political and economic power status quo and injustices that occur around them.”

There’s something to what DiMaggio says here, but I don’t know if it’s cowardice as much as institutional reward structures.  Or, perhaps those are two sides of the same coin.

The legacy model of scholarly communication values writing obscure books and papers for tiny audiences makes sense within a certain kind of reward structure. Within legacy academia, the people that sit on hiring, tenure and promotion committees still place value on at things like ‘impact factor’ of little-read journals and the fading prestige of boutique publishers with minuscule runs.

However, the appearance of digitally fluent, hybrid scholars – like danah boyd – who are more interested in reach and impact on a broader public, point to a new kind of reward structure, one that values influence beyond a small group of specialists.

The real challenge, I think, comes when a researcher that doesn’t have the star-power or following of a danah boyd wants to write about something that’s much less appealing than what teenagers are doing on the Internet.  What kind of broad reach or impact can a relatively unknown scholar writing about a topic that’s unpopular expect to have? This remains an open question in this changing landscape of scholarly communication, but it seems to me that the Internet offers a set of opportunities to reach beyond the conventional audiences for academic research.

Still, even when academics use social media there’s little to indicate they are doing so in order to reach a broad, general audience. Indeed, we know from recent research that even when academics use social media, such as blogging, they mostly don’t do this to engage with a broader public. In a recent study of 100 academics blogs, researchers found that most academics are blogging for professionals peers, rather than for the public in any general sense: 73% of the blogs analyzed were geared toward other academics, while just 38% were designed for general readers.

I can’t help but wonder how different academic research would look if we were guided by danah boyd’s goal: “I wrote this book to reach as wide of an audience as I possibly could.”

The counter to this, of course, and one that I often hear in talks I give about this work, is something along the lines of: “well, small publishers and journals are providing a valuable service for getting academic work published that wouldn’t ever be interesting to a wide, public audience. This work is often too complex, theoretical, esoteric, important, too politically unpopular for a wide audience, so we must rely on the obscure publishing options to keep doing what we do as academics.”

There is something to this argument.  For example, I write about racism – a thoroughly unpopular topic in the US.  My academic books have done ok, but they will never be as popular as the work that danah boyd does.  It’s also the case that academic presses have published books of mine that probably would not have been picked up by trade presses for a general, public audience. Still, what I also know to be true is that the work I do on racism has gotten a much bigger following from my various social media outlets than it has from the books and articles I’ve published.

The skepticism about “reach” for academic work is built on a misconception that there won’t be an audience for that work. In fact, I think there are multiple audiences, varied publics and a wide citizenry that’s really interested in more substantive contributions about the state of the world than they’re currently getting.  And, I think academics can step up and make a contribution, if we’ll begin to re-think what scholarly communication is now.