Kevin Anselmo, writing in a recent post at the LSE Impact Blog, observes that academia is increasingly moving in a digital direction, yet the reality is that most PhDs are not trained to speak to mainstream audiences.  The result is that traditionally-trained PhDs largely miss out on the opportunities created by the move to digital. Anselmo encourages academics to take advantage of whatever training their institution offers.

This kind of training is precisely what we’ve offered through our MediaCamp Workshops, which are skill-building sessions for intellectuals who want to combine research and digital media technologies for the public good. 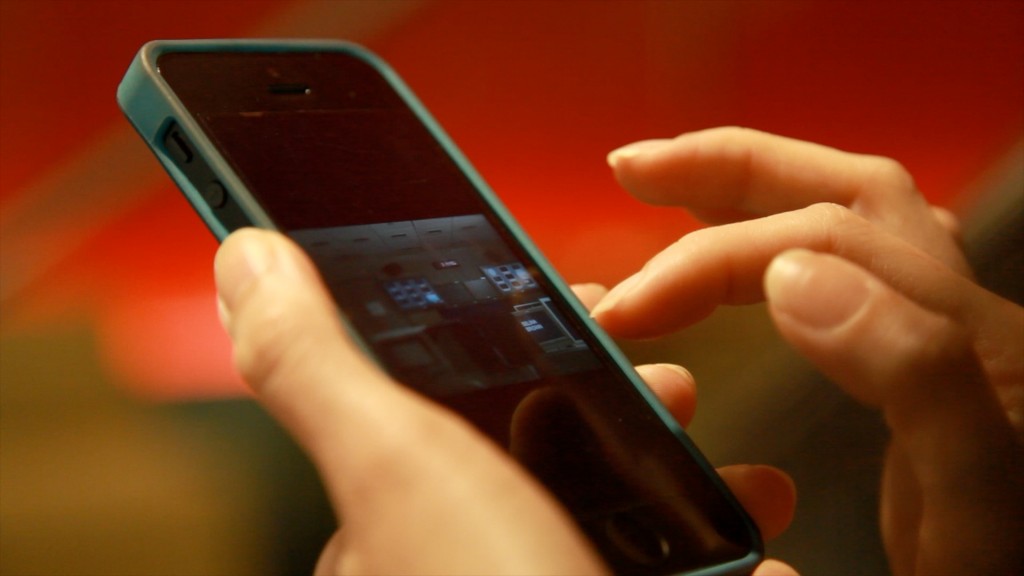 Our workshops are run as a collaboration between two parts of the larger CUNY system – the academic, PhD-granting Graduate Center, the Mina Rees Library and the Graduate School of Journalism. The main goal of the workshops is to help traditionally trained academics develop the skills necessary to connect their scholarly work to a wider public and to social justice issues. The specific training includes both legacy media (e.g., writing op-eds and appearing on camera) and digital media (e.g., blogging, Twitter, using smartphones), as well as hybrid academic-journalism skills (e.g., data visualization). Due to a grant from the Ford Foundation (and later support from the Mina Rees Library of The Graduate Center), we were able to offer the workshops free of charge to anyone who wanted to enroll.

Lots people besides academics find the workshops useful. This kind of digital media training appeals to people working in non-profits and NGOs as well. We have also seen a fair number of higher education administrators in the workshops, too. It is often these workers – staff and administrators – who are given the responsibility for developing digital media for academic programs and departments, yet rarely if ever are they provided any training to go with these job assignments.

MediaCamp Workshops have been extremely successful on any number of measures. In one year alone, we offered over 40 workshops that reached more than 500 academics, activists, and non-profit leaders. And, there is an even higher demand for these, as we had over 1,000 on waiting lists for these workshops. Based on this success, we were invited to extend this work by offering these workshops at the 109th American Sociological Association meetings in San Francisco (August, 2014). 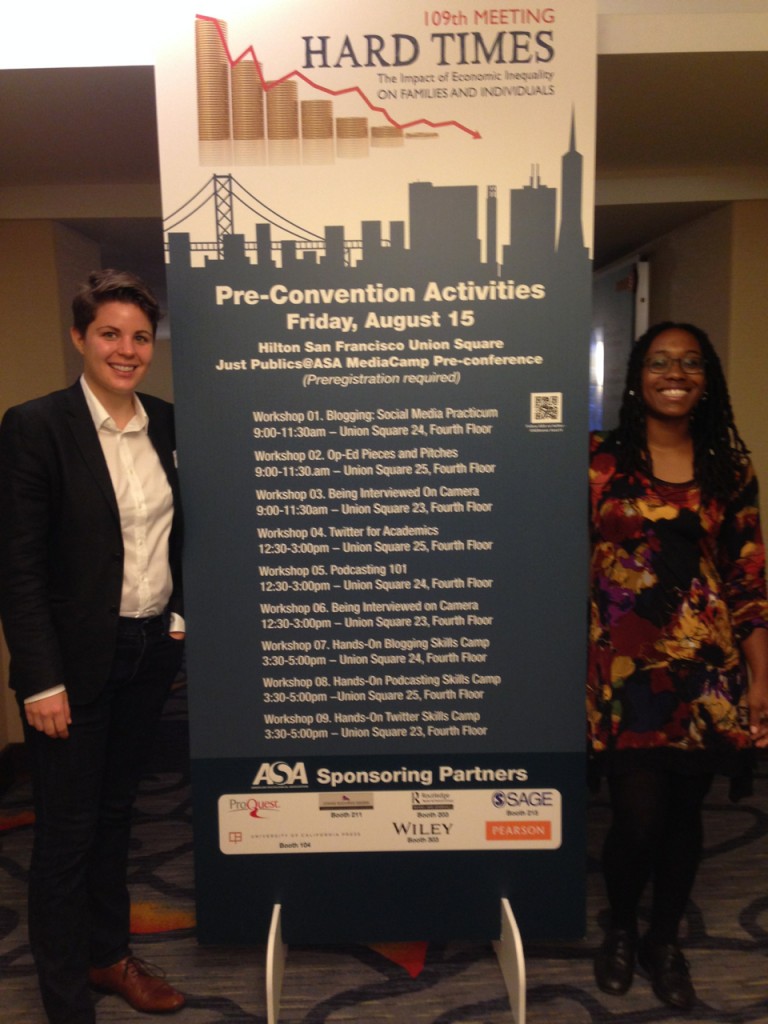 (Heidi Knoblauch, l., and Shawnta Smith-Cruz, r. at the ASA

Scholars, activists, and people from the non-profit sphere who participated in the workshops clearly indicated that the MediaCamp filled a distinct need: they helped people who are creating knowledge learn to share that knowledge with a wider audience. After every workshop, people shared enthusiastic, supportive reviews. Typical of the written feedback we received was this participant’s response:

“Fantastic workshop!!! I’ve been struggling with ways to engage with a broader public in my work and I feel much better prepared now. Thank you!”

We collected data on all the workshops and you can read the full report here MCampReportPDF.  Our experience with MediaCamp Workshops,  and the data from our report, support Anselmo’s assertion that there is a huge unmeet need for this kind of training within higher education.

What Anselmo’s exhortation to “take advantage of training” at your institution misses is that most institutions don’t offer such training. In part, this is because finding the support for digital media training is challenging. While the politics of austerity within higher education may be coming to an end, it is still a very real struggle to secure funding for this kind of training.

In the current social and political climate, it will take real vision – on the part of an academic leader, or a grant-maker, or both – to seize the opportunity that digital media technologies offer for academics and the institutions in which we work.

The ground beneath us is shifting. How we do our work as academics is already different because of digital media technologies. Card catalogs, anyone?  No, of course, not. We expect our libraries, our search strategies, and our results to be available digitally.

Because of these transformations, 21st-century scholars are much more enmeshed in the world around them than previous generations who may have envisioned an academic life sequestered from the turmoil of the everyday world.  Scholars today see themselves as part of the world around them and want their work to have some kind of impact on that world. For now at least, digital media training in how to use these tools and navigate this landscape are still missing at most institutions.