Digital sociology as a field is gaining traction in Australia, Canada and the UK, and is lagging somewhat behind in the U.S. 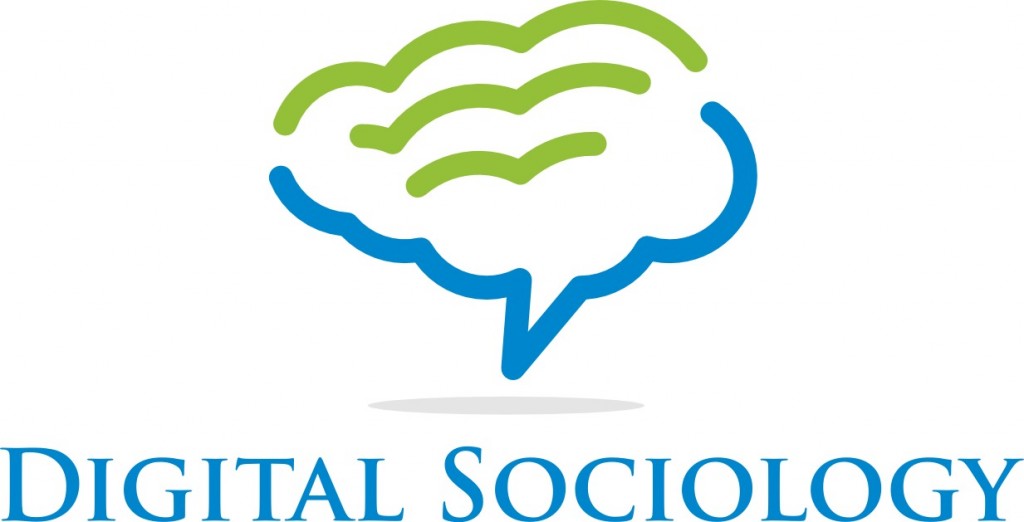 Still there are some strides toward establishing this field here in the U.S. In February of this year, I and Karen Gregory and Tressie McMillan Cottom, organized a Digital Sociology Mini-Conference under the auspices of the Eastern Sociological Society. The convening brought together an international group of scholars around the topic of digital sociology for two days of panels and round table presentations. All together, the conference generated over sixty (60) submissions from eleven (11) countries.

As readers here know well, digital technologies now underpin academic work at all levels — from theorization and conceptual work, to research methods and data collection, to the professionalization of disciplines. Yet, as Deborah Lupton notes in her recent book, Digital Sociology (Routledge, 2014), the discipline of sociology more broadly has only just begun to take account of the broader implications that the digital has raised about the “practice of sociology and social research itself.”

Clough and colleagues (2014) suggest that the “datalogical turn” underway in the social sciences poses not only serious challenges to sociological methodologies, but also requires more robust theorizing of what we mean by the social itself. Social media platforms such as Twitter and blogging are not simply megaphones for broadcasting research done offline, but are becoming the very mechanisms we use to create sociological knowledge, formulate ideas, write first drafts, and engage in peer review.  But the burgeoning field of digital sociology is still “before the beginning” in theorizing and articulating the digital turn for the social sciences, as Jonathan Wynn has pointed out.

Why digital sociology? Why now?

To call for digital sociology is to engage in an act of (or an attempt at) disciplinary transformation. My colleague at CUNY, Cathy Davidson, contends that disciplines are “so last century”. She foresees a future of higher education where disciplinary boundaries matter less and less. In the 21st century university we are all interdisciplinary. She’s probably right, so what is the point of trying to transform sociology at this particular moment?

The fact is that many of the social implications of the Internet were articulated decades ago by leading sociologists without calling themselves “digital sociologists”.  Scholars such as Castells, 1996; Back, 2002; DiMaggio, et al., 2001; Hampton 2002; Ignacio, 2000; Sassen, 2002; Wacjman, 1991; Wellman, 2001, have all made important contributions to our understanding of how the digital and the material are imbricated, to paraphrase Sassen. Yet, overall sociology as a discipline has been relatively unconcerned with explicitly defining a disciplinary relationship to the digital. Instead, sociology has often ceded this terrain to other disciplines.

While this expansive view of sociology as a kind of universal donor discipline has worked to the advantage of job candidates with dissertations focused on digital technologies, it has disadvantaged the discipline and our understanding of the social world today. If sociology is to be relevant in the 21st century, we must offer a compelling theoretical understanding of digital media technologies. If we expect to attract graduate students and the next generation of scholars, we have to offer some guidance on what sociological research methods might be in a digital era.

Other disciplines are doing the work that digital sociologists could, and perhaps should, be doing; more than this, they are reaping rewards that we are not. Disciplines such as communications, cultural and media studies, library and information science, and journalism have eagerly stepped in to the void left by sociology to claim many of our top job candidates. When sociology loses top job candidates to other fields, it is likely that they will publish less often in sociology journals, attend fewer of our conferences and contribute less to knowledge that circulates within sociology.

The digital humanities claims most of the research money and sets much of the agenda for how we think about digital media technologies in relation to teaching and digital tools for scholarship. The traditional humanities disciplines – literature, philosophy, religion, languages, and musicology – are now often joined with history, linguistics, and semiotics as part of the digital humanities. Social sciences such as anthropology and sociology are sometimes included under the umbrella of DH, as I heard one preeminent scholar exclaim at a recent talk, “I have a colonizer’s view of what is included in the digital humanities – if you’re doing digital work, it’s digital humanities!” In many ways, the early and ardent embrace – even expansionism — of the digital by the humanities was a response to threats (perceived or actual) to cuts in humanities programs and funding. To looks at the funding infrastructure of the Office of Digital Humanities division of the National Endowment for the Humanities, this was a shrewd, strategic move on the part of forward thinking humanities scholars of twenty years ago.

The result, however, is that digital humanities as a field ends up with preserving and archiving a predominantly white, male canon of literature,  as Tara McPherson observes. Of course, not all digital humanities projects focus on white men. The NEH Office of Digital Humanities has funded a project called “W.E.B. DuBois in Cyberspace” to digitize and make available all of DuBois’ papers. This important work of preservation and access is at the heart of digital humanities, and it is part of what makes digital sociology possible. Such tools create an opportunity for “rethinking sociological craft”, but it would be repeating the mistakes of DH to focus too heavily on tools in digital sociology. Instead, the promise of digital sociology is to first consider the “disciplinary value of sociology and the theoretical frameworks of digital second, we arrive at a much more satisfying future for the intersection of digital and social,” as Cottom has pointed out.

I want to suggest that there is a power in naming what we do ‘digital sociology’ that we might well consider.

As for why now, the moment we’re in is one in which there are sociologists around the globe who are doing related, relevant work and by simply tagging our work with digital sociology – we can find each other, as some of us did in February in New York this year.

~ A version of this post appeared in the CITASA (Communication Internet Technology section of the American Sociological Association) Newsletter, Spring 2015.