JustPublics@365 wants to reimagine higher education.  One of the ways we’re doing that is by re-thinking the graduate seminar and rethinking online education.

Recently, Thomas Friedman in an op-ed for The New York Times proclaimed “nothing has more potential to enable us to reimagine higher education than the massive open online course, or MOOC”. The New York Times dubbed 2012 “the year of the MOOC.”  In the context of New York City (and outside of academia), the term is pronounced “mook” (a derogatory term). Aside from the racism this term perpetuates, from our point of view the “MOOC”-model has lots of other problems.

Chiefly, the MOOC-model misunderstands how learning works. Often times, the “massive” forms of online “learning” rely heavily on lecture-delivery as the key pedagogy.  In this model, technology is used to amplify the reach of one lecture. This turns the many-to-many communication of the Internet back into the one-to-many broadcast model of television.  Perhaps fittingly, when television first emerged as a technology, there was lots of talk about the way “educational television” was going to revolutionize the way people learned. It didn’t change much, as it turned out.

The way Friedman, among others, talks about MOOCs is that they are a way to educate lots of people from a distance for “relatively little money.” As the education system is rapidly defunded, what is to be left for educators and their pupils besides the satellite dishes, computers, and “facilitator” Friedman describes.

Many are similarly jumping to support MOOCs as a money making venture, ignoring the actual purpose of education to envision new business models. Perhaps not surprisingly, lots of administrators in higher ed are jumping on the MOOC bandwagon, which many others are resisting.

We have a different idea. We wanted to create something participatory, rather than massive.  Something that engaged with people outside the academy, as well as with those inside.  That’s part of why we created the participatory, open, online course “POOC” – that we’re launching today. 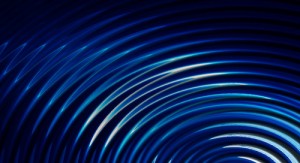 To us, the most exciting thing about the Internet is not that we can amplify old lectures in broadcast fashion, but that it enables all of us to create knowledge in new ways, connect with those beyond the academy, and try to transform entrenched forms of inequality.

The course grew out of a discussion about interdisciplinarity at the Graduate Center among colleagues in the Advanced Research Collaborative (ARC). Several faculty there, under the able leadership of Don Robotham (Anthropology), began talking about all the great research being conducted at the Graduate Center that had some connection to the topic of “inequality.”  From there, a small group of people began to put together a syllabus for a multi-disciplinary, graduate-level seminar that pulled together diverse conversations about inequality.

In the seminar, the overall questions we want to explore are: What does inequality look like in 2013?  How might we imagine our future differently if we did so collectively? And, given that we are situated at this particular historical moment in which technology is changing many aspects of the social world, we wanted to also pose the question:  How do the affordances of digital technologies augment the way we both research inequality and resist its corrosive effects?

Then, as Co-PIs Chase Robinson, Matt Gold and Jessie Daniels, developed the proposal for the JustPublics@365 grant, we began to talk about incorporating something like a MOOC, although we had a lot of concerns with the MOOC-model.  Mostly, we wanted something that embodied the spirit of the Graduate Center and CUNY, a public institution with a very clear sense of serving the public as part of its core mission.  We also sit at 365 Fifth Avenue, in the heart of New York City, so we thought that the course should incorporate some of the vibrancy of our urban setting.

Over the summer months, a series of conversations got us thinking about situating the course in a particular neighborhood within New York City.  The organizers wanted to focus on a specific neighborhood in NYC in order to keep the discussion of “inequality” from getting too abstract and too far removed from people’s everyday lives and very real experiences of inequality.  In preliminary talks about the course, we realized that a few members of the #InQ13 collective had ties to East Harlem, where we either live or work.  And, finally, there was a shared sense that East Harlem has a rich, multi-ethnic tradition of citizen activism that everyone could learn from, but that is not widely known. So those original seminar questions were joined by another one: What can working with East Harlem teach everyone about the most urgent political economic issues of our time?

Part of the challenge in developing and launching the seminar is that we didn’t see many models of MOOC-s (or other open, online courses) that were geared toward a graduate-level.  There is an inherent tension, then, in having an “open” course that also aims to foster a discussion and create assignments at a fairly high-level of difficulty, at the same time it is attempting to involve community members.  We think it can be done, but we don’t think it’s probably very well suited for audiences on anything like a “massive” level.

And, one last note at this initial juncture about the “POOC” vs. “MOOC.”  While there’s a lot of talk about these as a “new business model” or threatening the business of higher ed, based on our experience this seems highly unlikely.  If you take a look at the #InQ13 collective – our “credits” page, if you will – there are some 19 individuals listed there.  It took at least that many people to create and launch this POOC (no doubt, we left some people out).  While this is an interesting, even fun, way to “do” education, I don’t see this as threatening the livelihood of current professoriate.  If anything, this kind of teaching could be the next jobs program.

One thought on “MOOC to POOC: Moving from Massive to Participatory”