We’re launching a new series on Scholarly Communication in the Digital Era for the Public Good.  As we’ve done with the previous series, we’ll feature guests and highlight work here across traditional silos of academia, activism and journalism and media. 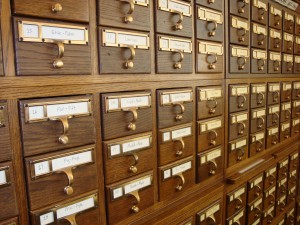 In the 20th century, scholars communicated within relatively small fields of other experts and did so primarily through monographs and peer-reviewed journal articles. Those works of scholarship were discoverable because they were indexed and sorted into card catalogs and bound reference manuals.

These analog forms of scholarly communication are now joined by new modes of digital expression that augment and occasionally supplant earlier forms.  In this final topic series, we will explore changes in the modes and emphases of scholarly communication, examining the shift from book- and journal-centric academic publishing to open access hybrids and alternatives, including film and video.

We’ll also explore the ways that social media can serve scholars to connect their work with wider audiences, including non-academic readers, activists, journalists and engaged citizens. What responsibilities do scholars have to shape and reflect public understandings? What can academics do to contribute fully to efforts to enhance the public good?

As part of our series here, we’ll recap the Friday in-person discussions we’re hosting of Cathy Davidson’s meta-MOOC on the future of (mostly) higher education (#FutureEd).  These changes in higher education and scholarly communication are intricately connected to the debates happening around, “open access,” and we’ll feature regular contributions from experts in this area. We’ll talk about the changing landscape of “impact” in scholarly communication, as well as the implications this has for the work we do as academics,  particularly for early career scholars. And, finally, we’ll feature regular interviews with some of today’s leading documentary filmmakers, discussing the many ways that their work traverses scholarship, activism, art, and journalism to create social change.

It’s going to be a great series, we hope you’ll follow along! And, of course, at the end of the series, we’ll bring it all together in one, handy easy-to-read and download format.