Scholarly life is being transformed by digital media, changing both how we do our work as scholars and the audiences we can reach with our work. 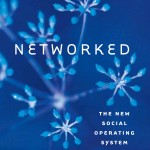 In their 2012 book Networked, authors Barry Wellman and Lee Rainie (Director of the Pew Research Center’s Internet and American Life Project) suggest that “Triple Revolution” – the simultaneous rise of the Internet, mobile technology and social networks – has transformed people’s relationships with each other and to information.  This transformation is also affecting researchers, according to a new study of a Canadian scholarly association, GRAND – an acronym for Graphics, Animation and New Media.   The report states:

“Digital media provides the scholars with enhanced global connectivity with kindred colleagues, including increased visibility, access to specialized GRAND experts, and contact with prestigious senior faculty. Yet, it is the scholars’ in-person encounters as collaborators and conference-goers that create and maintain their online contacts.”

The study also overturns popular assertions (for example, by MIT professor Sherry Turkle) that technology creates social isolation by replacing in-person encounters with online connections: “Rather than digital media luring people away from in-person contact, larger networks make more use of digital media, overall and per capita,” the study concludes.

There is also evidence that being a ‘networked scholar’ increases publications and presentations, as well as also in the informal exchange and advice between colleagues. Collaborative tools and technologies were also a factor in more papers being coauthored within and across disciplines and geographic areas. As a follow-up report internal to GRAND summed up: “In a nutshell, better-connected researchers are more productive.” 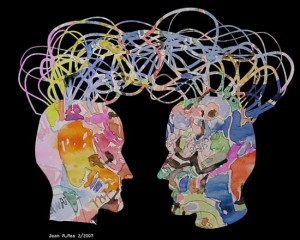 I wrote recently about the way digital media is changing the way I do scholarship. In this piece, I chronicle the way a disgruntled conference Tweet became a blog post, then a series of blog posts, and then an article in a peer-reviewed journal.  For me, the use of digital media is transforming how I approach being a scholar. Twitter is not simply a tool for disseminating research, it’s a tool I think with and through. Blogging is often the way I compose a first draft of a thought I may develop further for publication elsewhere. Of course, not every Tweet or blog post goes on to a life in peer-reviewed publication, but every peer-reviewed publication of mine has made a first appearance in some form on digital media.

This way of doing scholarly life has opened up amazing new possibilities for much wider audiences for the knowledge we produce as academics.

Melissa Terras found in a recent study of the relationship between mentions on social media and peer-review papers that:

The papers that were tweeted and blogged had at least more than 11 times the number of downloads than their sibling paper which was left to its own devices in the institutional repository.

if you want people to find and read your research, build up a digital presence in your discipline, and use it to promote your work when you have something interesting to share. It’s pretty darn obvious, really:

Even when scholars choose to publish in journals that are not traditionally open access, there is a positive return on investing time in social media (and may even nudge publishers along the road toward opening their journals). For example, in December 2013 scholars Inger Mewburn and Pat Thomson wrote about their experience with publishing articles about their academic blogging. They write:

As this post is being written, the Taylor and Francis count shows that our “Why do academics blog?” paper has been viewed 1914 times in the seven weeks since it was published (we should point out that this is about seven times less than one of our blogs attracts on a normal weekday).

As their articles drew more attention through social media outlets, it shifted the access their publisher provided. Here again, Mewburn and Thomson:

The link to 50 ‘free view’ copies, which each of us were sent via email, was tweeted once by each of us and placed on the Facebook page connected to one of our blogs. These free copies were rapidly downloaded and people started requesting the article via Twitter and social media. Noting the interest, Taylor and Francis themselves issued a press release about it and (thankfully) made it gold open access. An article appeared on the‘Third Degree’ blog attached to the Australian newspaper ‘The Age’. Third Degree highlighted some of the more controversial aspects of the findings, which generated yet more hits on the article database.

Here, Mewburn and Thomson point to an important way to shift the routinely closed vaults of a publisher like Taylor & Francis by using social media and legacy media, such as more traditional news outlets.  Where Mewburn and Thomson started with the question, “should academics blog?” they answer their own question in this conclusion:

But in our minds the answer to the question “Should I blog?” is now a clear and resounding “Yes”, at least, if conventional indicators of academic success are your aim. Blogging is now part of a complex online ‘attention economy’ where social media like Twitter and Facebook are not merely dumb ‘echo chambers’ but a massive global conversation which can help your work travel much further than you might initially think.

The research seems to support the claim that scholarly life is being transformed by digital media in a number of ways.  How is it transforming your work? Tell us in the comments.