This tragedy has prompted a renewed focus on East Harlem in local media, and here at JustPublics@365 given our ties to this community.

In addition, given the CUNY campus in East Harlem, and that one of those killed was a member of the CUNY community – Sgt. Griselde Camacho – there are some efforts at CUNY to work with community-based groups in response to this disaster.

Although East Harlem has a rich, extensive network of community-based groups and organizations, a month after the disaster it is still unclear how well these services were utilized. 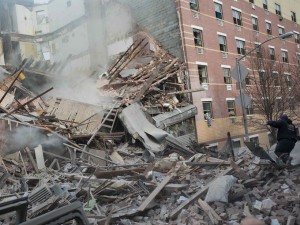 According to the East Harlem Emergency Preparedness Collaborative (EHEPC), despite major investments by the federal government to increase the ability of U.S. cities, communities, and neighborhoods to prepare for and respond to public health emergencies and disasters, research has shown there has been limited participation by those in vulnerable and minority communities.

This Saturday, April 26, JustPublics@365 will co-sponsor a forum at the Silberman Campus of CUNY in East Harlem (2180 Third Avenue) about these issues. Community members and all those affected by the blast are invited to attend and share their concerns, listen to others and learn.  Details are in the flyer below. Please RSVP here. 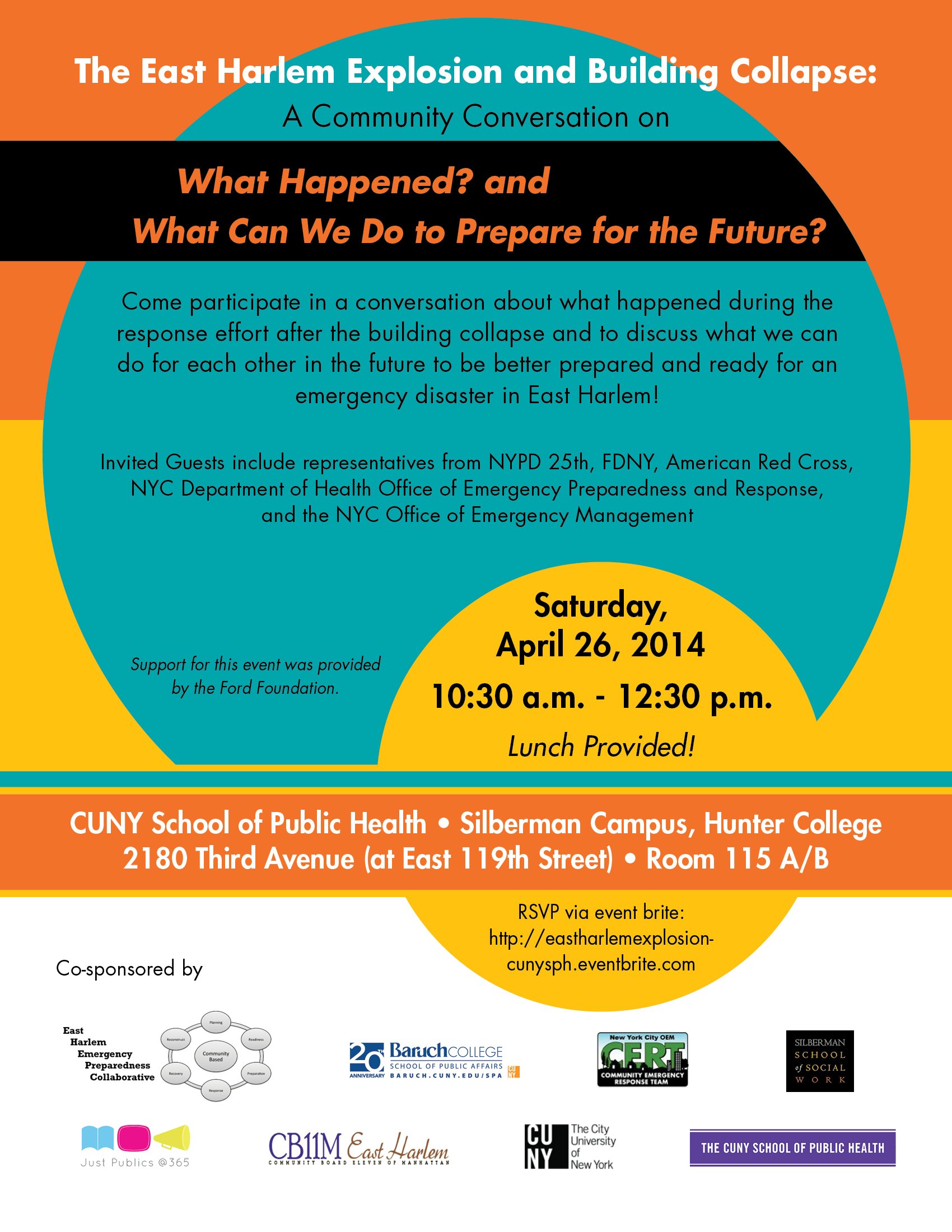 In order to augment and extend the work of the forum, we’ll also be curating a new social justice topic series with a focus on journalism, scholarship and activism in East Harlem. More about that to come.