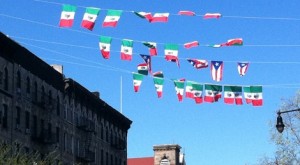 Listening to peoples’ stories is a powerful way to understand how inequality affects people in their everyday lives. For example, gentrification in a low income neighborhood like East Harlem impacts a person’s ability to find affordable housing, education policies such as opening charter schools affect young people at local public schools, and lack of digital access limits economic opportunities.

In this topic series on East Harlem, we have explored a number of social issues impacting the neighborhood and have featured the voices of local residents, activists, journalists and scholars.

Beginning with the aftermath of the tragic gas explosion in March, we highlighted the community conversation held at the CUNY School of Public Health that brought together volunteer first responders, city officials, activists, and researchers to talk about emergency response and plan for better preparedness in the future. The disaster, and the stories we gathered from participants at the event, highlighted a community that is unique and tightly-knit.

However, this cohesiveness is threatened by changes brought on by disinvestment giving way to gentrification. East Harlem (aka El Barrio) is a primarily low-income, Latino neighborhood and has one of the highest concentrations of public housing in the city, yet its landscape is rapidly changing as higher-end chain stores open on 125th Street and luxury condos crowd out affordable housing.

Gathering the perspectives of people who are directly affected, rather than interpret a situation for them, is vital to understanding these issues. East Harlem resident, activist, and filmmaker Andrew Padilla emphasizes this point in an article he wrote about a Fox News journalist who contacted him. The reporter, Soni Sangha, seemed determined to frame the story of gentrification in Latino neighborhoods like East Harlem as being “taken back” by wealthier Latinos returning to the area, implying that this form of “gente-fication” benefited the community rather than displaced residents. Padilla countered that perspective, sharing his experience interviewing people in the community and offered a more contextual explanation. Ultimately however, the article didn’t include the perspectives of East Harlem residents, which was a disservice to the community and readers alike. 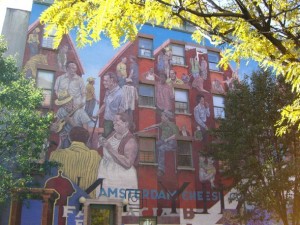 We highlighted two documentaries, “Whose Barrio?” by Ed Morales and Laura Rivera, and “El Barrio Tours: Gentrification in East Harlem” by Andrew Padilla, which explore the significant impact of gentrification on the neighborhood.

We also profiled a number of scholars-activist and journalists working in the area, calling attention to these concerns, and working to address disparities.

Jeff Mays is a journalist who covers the neighborhood and spoke with us about how people have been impacted by the explosion. Even now, three months later, several of the nearly 100 families displaced by the disaster remain homeless and are having difficulty finding affordable housing in their community. Businesses are slowly recovering, but suffered great losses.

CUNY School of Public Health Professor Lynn Roberts addresses the intersection of race, class and gender and its influence on health disparities and models of community organizing for social justice.

And finally, we co-sponsored a symposium on drug policy reform, held at the New York Academy of Medicine. Many of the speakers focused on the intersections of race, poverty, and incarceration. Punitive drug laws and high rates of incarceration disproportionately impact low income, minority neighborhoods like East Harlem. CUNY Professor Harry Levine’s research reveals racial patterns in Marijuana arrests. As we wrote earlier, the data tell a story that whites use marijuana at higher rates, yet blacks and Latinos in neighborhoods like East Harlem are arrested for marijuana at much higher rates.

This collection of East Harlem stories exemplifies JustPublics@365’s approach to bring together scholars, activists and journalists to highlight social justice issues. By bringing together a diverse range of people with ties to East Harlem, we have offered a few of the many voices working to make the neighborhood a more just place for all its residents.

(Thanks to Edwin Mayorga and eastharlemmurals.com for images)