This week is Open Access Week International and with that we launch a new social justice series on the topic. As we’ve done in the past, we’ll curate and create content around a theme by a variety of contributors, post it here, then compile it into an open access eBook that anyone can use for teaching, writing or acting up.

So, why Open Access week? Many people are beginning to realize that current academic publishing is broken.  Here’s why: 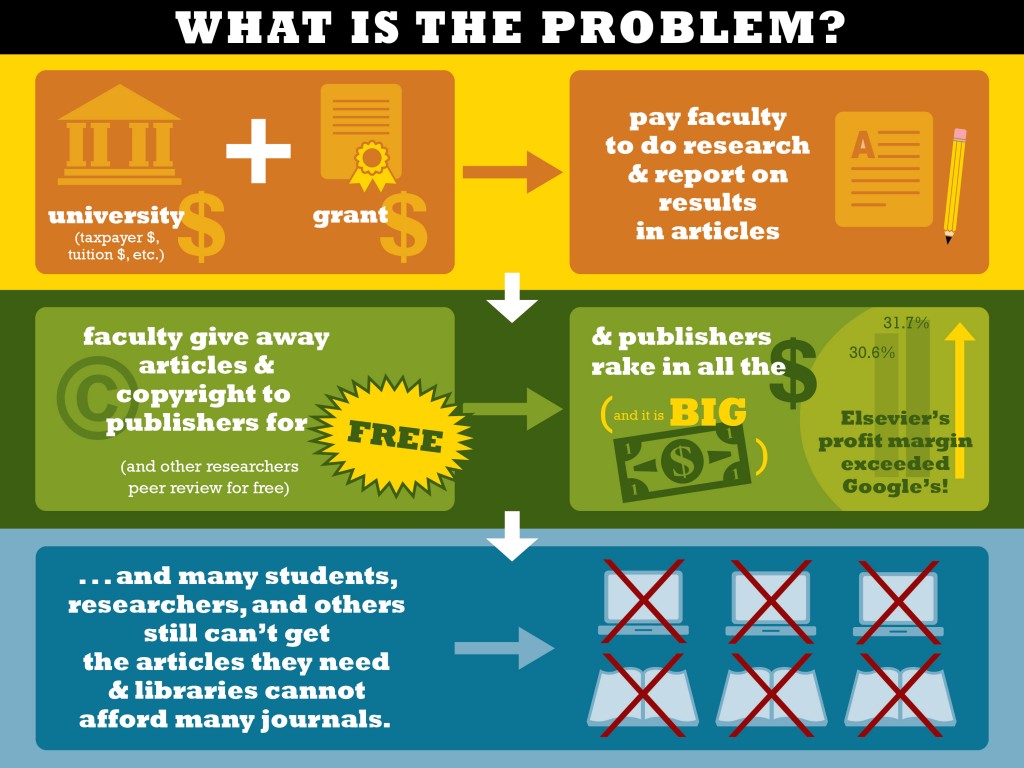 Typically, academic researchers are paid by a university and/or a grant to do their work – conducting original research, coding, analysis, write up. Then, we give away our work to for-profit publishers (e.g., Elsevier, Springer, Wiley). We add further value to that work by doing volunteer labor to conduct peer-review on other scholars’ work. Then, the academic publishers format that work and put it behind a paywall where the only people who have access to it are people affiliated with an institution that pays increasingly huge sums of money to those for-profit publishers. If you don’t have a university affiliation, or live in the global south and are affiliated with an institution that can’t afford to pay the steep prices for subscriptions to these publishers, then you’re out of luck.

Many academics will respond favorably to a request by a colleague at another institution, such as: “does your library have access to this article I need?” I’ve responded to such requests before. Checked my library, found the article in question and sent it via email to someone else. This sort of thing is what I believe those in philosophy refer to as “Minimally Decent Samaritanism,” acts that it would be indecent not to perform.

But this sort of individual, backchannel Samaritanism is not enough for creating real, lasting change in the current system of academic publishing.

In order to do that, we need a much wider effort, a global one in fact, something like Open Access Week International.