In my book A Plague of Prisons , The Epidemiology of Mass Incarceration in America  (New Press, 2013) I proposed a public health model of mass incarceration, arguing that the war on drugs and its harsh sentencing policies ignited our epidemic of imprisonment. But the fact of  the imprisonment of 10 million  Americans in the last 40 years  demands more than re-imagining the problem – it demands solutions. 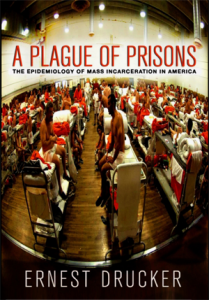 The war on drugs fueled a “race to incarcerate”, deepening America’s racial and economic disparities , and drawing resources away from other vital social and health programs. The resulting criminalization and mass incarceration of three generations of young minority males has left a trail of mass trauma and imposed systematic disadvantages on this population – direct consequences of “toxic punishment” (Golash  D. The Case Against Punishment: Retribution, Crime Prevention, and the Law. NYU. 2005). The vast  “criminal industrial complex” that has been built upon mass punishment, is now rapidly commoditizing criminal justice through privatization , e.g.  in halfway houses for re-entering prisoners and special schools for juveniles – with little accountability for outcomes or collateral consequences.

The politically powerful and highly institutionalized system of mass punishment has taken on a life of its own and will not easily give up the lifetime grip it maintains on the population of former prisoners, all the while continuing to confer severe disadvantages on successive generations in urban communities where they are concentrated – i.e. increased homicide and suicide rates , greater risks of their own children’s future imprisonment , higher infant mortality rates , and shortened life expectancies , lower rates of employment and wages , less education ,  more failed marriages , and lower voting participation , associated with near universal felony disenfranchisement.

With growing privatization  of prisons , we can expect even less transparency and public accountability, as we  extend criminalization and mass punishment to other areas of social conflict – immigration, race relations,  sexuality – each of which now provides multiple  opportunities for our “culture of punishment” to assert itself in new areas  e.g. in 2012 over 500,000 “illegal” immigrants were held in detention centers and 400,000 deported; 500,000 sex offenders arrested , imprisoned,  and placed on computerized registries . 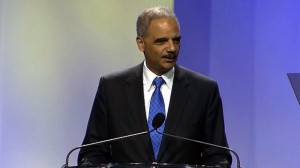 Fortunately we are now at a turning point in this struggle – one we must take advantage of . US Atty. General Eric Holder recently said that  “too many Americans go to too many prisons for far too long, and for no truly good law enforcement reason.” This was an important first step toward a national recognition that our decades long war on drugs has been ineffective, expensive, and cruel.  As bipartisan support grows in  Congress for overhauling U.S. drug laws, Holder has ordered Federal prosecutors to remove any reference to quantities of illicit drugs that trigger mandatory minimums .

But it is only through re-thinking and challenging  our fundamental ideas about punishment that we will  find a way out of the shadow of this great crime against humanity that mass incarceration represents.  The recent case of Trayvon Martin demonstrates the limitations of our criminal justice system –  based as it is on narrow model of blame and punishment . But what are the alternatives to this ancient and almost universal trope that has now become the  foundation of our system of justice in America? One vital step in that direction is challenging punishment itself , turning our attention to the social injustices that underlie both crime and punishment.

I’m working on a new book challenging America’s “culture of punishment” within a pubic health model based on human rights and restorative justice principals and practices. Instead of relying, as it does now, despite lip service to ideas about  rehabilitation  based on  “correctional” systems that are, in practice vast engines of cruel retribution – even torture . My new book will map the road to restorative justice through such challenges and how these new models can allow us to put an end to mass incarceration and heal the mass trauma it has left behind .

Three Key Steps to Move from Punishment to Public Health

To launch this process in America here are three steps we must take:

Positive changes in drug polices are gaining new momentum in the US , with more state undertaking marijuana’s legalization. But reducing the length and frequency of drug-related incarceration going forward, however welcome, wont do anything about the large population of drug users already stuck in our prisons and the post prison correctional control over the lives of millions more. Over 300,000 drug offenders are still serving out long terms under the now discredited mandatory sentencing policies. Most of these are young minority men with children, drawn from our poorest urban communities. We must consider ways to remove most prisoners from the strangle hold of the criminal justice system  – an amnesty that would allow those who  can do so to re-establish a useful place in our society and in those communities most affected by mass incarceration – restoring them to full citizenship – the most essential ingredient to human rights.

~ Ernie Drucker, PhD, is a Research Associate at John Jay College-CUNY and on the faculty of the Mailman School of Public Health.