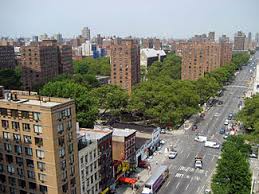 “You don’t choose the times you live in but you do choose who you want to be and how you want to think.” This quote from Grace Lee Boggs nicely captures the essence of her life, as does a new documentary.

Activist, writer, and philosopher Grace Lee Boggs has spent more than 70 years involved in the African-American movement, encompassing housing rights, labor, civil rights, Black Power, environmental justice, and urban community development. Boggs, a Chinese-American woman with a Ph.D. in philosophy, makes an unusual portrait of an activist in the Black struggle, but as Angela Davis notes, “Grace has made more contributions to the Black struggle than most Black people have.”

American Revolutionary: The Evolution of Grace Lee Boggs, a documentary directed by Grace Lee (no relation to Boggs) portrays the story of this remarkable woman’s long tenure as an activist. The film was recently screened in New York City, which I attended. The film chronicles Boggs’ lifetime of activism and demonstrates the philosophical threads that weave throughout.

When she completed a Ph.D. in philosophy from Bryn Mawr College in 1940, there was no place for a woman of color in the academy, so she took a low-wage job at the University of Chicago Philosophy Library. Her involvement in the African American movement began when she moved to a low-income, primarily black neighborhood in Chicago. Unable to afford rent, she lived in a co-worker’s rat-infested basement in a poor, primarily African-American neighborhood. It was there that she witnessed first-hand the impact of urban poverty. She joined a tenants’ rights organization, launching a life of activism that touched on every major social movement in the U.S. in the latter half of the 20th Century into the present, compiling a thick FBI file along the way. 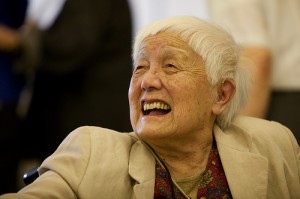 She moved to Detroit in 1953 with her husband Jimmy Boggs, an African-American auto worker and fellow social activist and organizer. They stayed in Detroit as factories closed, unemployment rates soared, white residents moved out of the city, and municipal resources dried up. She remains there today, continuing to engage in creating change through community engagement through Detroit Summer, a multi-generational urban gardening program she founded.

Philosophically, Boggs continually emphasizes the importance of discourse, as well as action, in working for social change. She has said that she often feels that social movements overestimate action and underestimate the role of reflection in creating lasting change and argues that social change needs to be a two-sized transformation: revolution and evolution. “Revolution is evolution toward something much grander in terms of what it means to be a human being,” she said, “just being outraged does not constitute revolution.” 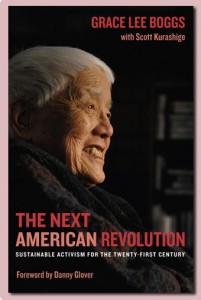 Boggs puts scholarly communication for the public good into practice everyday by engaging in practical philosophy on the ground through dialogue with others and dogged, dedication to the lengthy process of engaging in community-building and creating social change. Through dialogue and reflection her views and approaches have altered over time, but what remains is her commitment to the view that engagement and thought are what push us forward in our efforts toward greater equality.

Boggs makes a compelling subject for a documentary, a media which brings the story of this scholar-activist to a broader audience and gives us a better sense of the breadth of her work. This film does an exemplary job placing Boggs in a historical social context, and even provides brief, accessible lessons on Hegel and Marx. Against this background, Boggs’s voice, her perspective on social change and the consistency of her message are heard loud and clear.

This post was originally published on the GC Digital Fellows blog

After reading Erin and Alice Lynn’s latest posts, I began to wonder what a “successful” digital scholar looks like.  Should success be measured by the scope of one’s digital presence?  Should it be measured by how much one’s research is cited on the web?  Or does it instead have something to do with how many digital tools one has created for / incorporated into their research?

I can’t say that I have an answer that could unify or encompass everything that may fall under ‘digital scholarship’, and I won’t try to offer suggestions here either.  Instead, I’d like to suggest that readers of this post reflect on problems they’ve encountered in academia (trouble finding others who share your research interests, institutional limitations on your research, difficulty gathering and assessing data, limited publication options for your topic, etc), and think of ways that these obstacles could be overcome using less traditional means.  What do I have in mind by ‘less traditional means’?