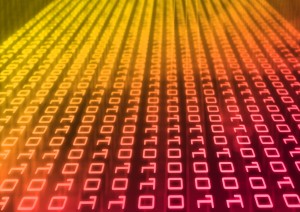 Summer is typically the time when academics use to delve into research, writing, and brushing up on skills.

We’re here to help with a new series on digital media skills for academics. Beginning this week and continuing through July, we’ll feature posts on how to use Twitter, Blogging, Op-Eds, Podcasts, Digital Research and Analytics.

In the digital era, media skills are increasingly important for scholars to build an audience for their research. Here at JustPublics@365, we think hybrid training – in traditional academic research and digital media skills – is crucial for fostering collaborations between scholars, activists, and journalists in ways that further social justice.

Previously, we’ve hosted discussions here about the ways in which scholarly communication is changing. Building on these conversations, our latest series deepens and expands the work of our successful MediaCamp workshops. We’ll be offering some of these workshops at the August meeting of the American Sociological Association in San Francisco. 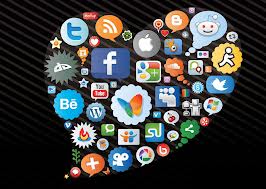 This is also a good time to remind you about some of our other resources and skills guides we have put together, such as:

We encourage you to use and share all of these resources and check back with us for more!

We are pleased to announce that our recently-concluded social justice topic series on activism in East Harlem has been compiled into a free eBook, accessible here

This eBook, the fourth in our series, deepens and expands the work of a community meeting at the CUNY School of Public Health on April 26, 2014. This meeting brought together volunteers, city officials, and faculty and staff from CUNY to discuss emergency response following a tragic gas explosion nearby that had killed 8 people the previous month. Participants met in groups to discuss the event, make recommendations for better emergency response in the future, and strengthen community partnerships. Afterwards, several people sat down with us to talk about their experience, which we produced as a series of podcasts.

The active participation in the meeting was characteristic of the strong, invested community of East Harlem, also known as El Barrio. We drew inspiration from this event and highlighted other important activist work and pressing issues impacting the community, especially affordable housing and gentrification, and drug policy reform. In addition to the conversations with local volunteers, our series included interviews with a local journalist and two scholar-activists; featured the work of local filmmakers; highlighted a two-day forum on drug policy reform held at the New York Academy of Medicine; and discussed current events and policies impacting the neighborhood.

This series portrays only a small portion of the dynamic activist work being done by local residents. To do justice to this rich community would take far longer. Luckily, this work is represented by the many community groups that are active in East Harlem and in everyday life in the neighborhood. We encourage you to start here and do more exploring on your own, both virtually and in person. Take a walk around the neighborhood and meet some of the amazing people who call it El Barrio.