Many of our efforts here at JustPublics@365 are focused on getting scholars to share their research outside of the walls of academia, particularly through social media and big media. Workshops in our MediaCamp series, such as “Op-Ed Pieces and Pitches: Framing Research for Public Audiences” and “Being Interviewed on Camera: Big Media for Academics,” aim to do just that, and we’re excited with the various successes that we’ve had. 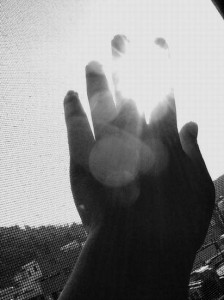 I’m delighted to report on another success, this time from my colleague Jessie Daniels. Jessie, one of the Co-PIs of JustPublics@365, had a letter co-written with Joe Feagin published in this past weekend’s New York Times as part of the “Sunday Dialogue: The Meaning of ‘Race'”. Coming on the heels of the George Zimmerman trial, Jessie and Joe provide a necessary reminder of the shifting definitions of race and their ramifications within our culture. Congratulations to Jessie and Joe for exemplifying what JP@365 is all about.

Full content of the letter is below (original NYTimes link):

Mr. Hodge raises an important question about how to simultaneously destroy the myth and remedy the harm of the myth of “race.” But Mr. Hodge, like almost everyone else, is operating routinely out of a particular way of seeing that filters and distorts everything about “race.” It is what we refer to as the white racial frame, and extensive social science research demonstrates the myriad ways that laws, politics, culture and social relationships are embedded in it. It makes whoever gets considered “white,” by definition, all right.

Who is and is not considered “white” shifts and changes. In 1916 hearings on an immigration bill before Congress, social science experts of the day testified that southern Italians were a different “race,” decidedly not “white,” were incapable of assimilation, and therefore should be barred from entering. So, indeed, “race” is in one sense an “arbitrary … classification imposed on a continuum of physical differences,” but it also systematically and consistently works to the advantage of some (mostly whites) and to the disadvantage of those classified as “others.”

The harm of white racism is real, and takes the lives of black and brown on a daily basis, decade after decade: Trayvon Martin, Oscar Grant, James Byrd Jr., Yusef Hawkins, Emmett Till and so many others. The danger in trying to dismantle the myth of “race” before we are ready to remedy the harm of racism is that we will do neither.

The writers, professors at CUNY Graduate Center and Texas A&M University, respectively, are the co-founders of the scholarly blog Racism Review.