Good data on gun ownership is hard to come by.

Anytime you hear claims about the prevalence of firearms from advocates on either side of the gun regulation debates, you should be skeptical of those statistical claims.

The fact is, there is no national registry of gun ownership.  A few states, such as California, do have registries. The lack of any national gun registry or any system for reporting when guns change ownership means that we can only estimate numbers of firearms owned and distributed.  Each firearm generates a paper trail which, theoretically, could be connected  to its date of manufacture or importation.  While recording manufacture or importation of a gun is required at the federal level, there is no central database of these reports, nor are they widely available so that they could be collected into a database. 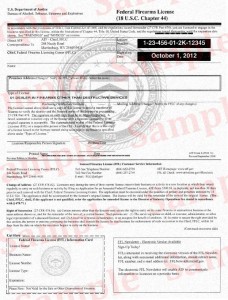 There are lots of problems with the gun-paper-trail.  The law does not require people to keep documentation of private sales (with some variation by state) and as a result the paper trail linking every firearm from manufacturer or importer to current holder can be broken.  Because every firearm can later be sold or gifted, statistics would have to track the chain of transfers from Federal Firearms Licensees (FFLs) to assure that the same gun is not counted multiple times as a “new” sale, or significant overcounts of the prevalence of firearms would result.

However, even if there are multiple undocumented private transfers, the Bureau of Alcohol, Tobacco, Firearms and  Explosives – known as the ATF – can usually trace a gun to its last transfer from an FFL. This is widely referred to as trace data.
There is much misunderstanding about what’s legal in terms of gun sales and transfers. Here are two key facts:

There are obvious weaknesses in enforcing these prohibitions.  As just one example, many of these peer-to-peer transfers involve relatives and close friends. Even if a means of checking backgrounds existed, the information would probably be ignored. These difficulties in tracking gun transfers also highlight some of the problems with collecting and maintaining reliable data on gun ownership. 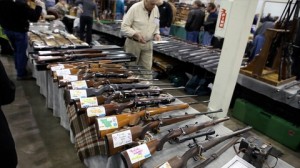 (Image from PBS Newshour:
Is Gun Violence a Matter of Public Health?)

In short, knowing how many guns are available in the USA today, where they are located, and who own them is practically impossible under current law.  The best we can do in estimating data on gun ownership is to take data from individual states and cities that require every sale or gift of a gun to be recorded, and aggregate these datasets.  At best, these describe local conditions only, not national patterns.

However, statistics about the origin of each firearm before it is distributed are robust.  The ATF trace data can usually trace a gun to the last FFL that sold that particular gun. So researchers can look at the ATF data to get a rough idea of where the guns recovered by police (after use in crime) originated.  But the question of source, rather than subsequent ownership or illegal importation numbers or use of various firearms, is the only issue that can be addressed accurately with these data.

Nevertheless, ATF trace data can be analyzed to produce subsets of particular types of gun usage.  ATF trace data is primarily a collection, almost exclusively, of guns recovered from crimes. So the population is “crime guns” which is a distinct subset (rather than a simple sample) of the total number of firearms in the US.

The simplest example is: most guns owned in the USA are long guns (shotguns and rifles,) but most crime guns are handguns.  Using ATF trace data and narrowing the subset even further, only guns that have been actually physically recovered can be traced, so the statistical population becomes:  “Guns Used in Crime which Have Been Recovered by Law Enforcement.” However, even these are undercounted because each law enforcement agency has its own rules about when to request a trace from the ATF. Some agencies have a policy of ‘always request a trace,’ but it is doubtful that all crime guns are actually traced, even from these agencies. Others request a trace only if the firearm looks new, where the trace would help the investigation. If the weapon is a handgun from the 1960s, for example, tracing it to the last FFL transfer will probably be unhelpful for linking the gun to potential criminal suspects, because the gun has likely had multiple private owners over the years. Additionally, many crime guns are stolen from legal owners and transferred among prohibited owners, making traces even less likely to be helpful from a law enforcement perspective. So, in practice, ATF trace data can accurately depict only a subset of gun prevalence, which can be described as:  “the population of guns recovered in crimes for which a particular law enforcement agency requested a trace from the ATF.”  This limited subset of cases is not very helpful for estimating prevalence, distribution, or use of firearms in the USA.

Considering how limited the official reporting of guns sold and licensed in the USA can be, researchers must look to other sources of data about gun ownership and usage.  Statistics from public health sources can help.  Mortality data from the Centers for Disease Control (CDC) is very useful because it includes almost all fatalities involving firearms, both suicides and homicides. However, it does not count gunshots in which wounds resulted, nor shots in which nobody is hit even if the gun is discharged. A large amount of data about misuse of firearms is therefore missing. CDC mortality data does not record any specifics about the type of firearm used, either.  In some cases, local medical examiners record detailed information about shootings (including approximate range of the gun to the decedent, type of gun, caliber,) but this data is not centralized or easily accessible. CDC data entails significant restrictions due to privacy concerns, but does often include a description of where the body the decedent was shot.

State and local police report data can also provide data. Any time the police respond to a firearm crime, someone will file a report. An incident may initially be filed by the police as a homicide but later determined by the medical examiner to be a suicide, or vice versa. Therefore we have to expect some differences in mortality data and police data. Additionally, there most people involved in altercations with firearms give conflicting accounts of what happened. Consequently, witness statements and officer determinations are more questionable in these cases than they are in others, to say nothing of the incidents in which witnesses refuse even to speak to the police, or conversely in which a gun discharge is reported but no corroborating evidence found.

Another police-related source of data is analysis of the firearms a given law enforcement agency actually confiscates.  But law enforcement agencies’ policies can differ. Policies for confiscations, policies for storage of the confiscated firearms, policies about granting researchers access, policies regarding recording and releasing statistics from these confiscations – all are idiosyncratic to the particular law enforcement agency. There is not a centralized data source covering firearms confiscated by police.  And, citing my own personal example in which I sought information about what kinds of guns and how many guns (as opposed to all weapons) have been confiscated in New York under that city’s aggressive stop-and-frisk policy, such information is not made available to the public.

When statistics describing particular phenomena are not widely available or are likely to be inaccurate, researchers often fall back on surveys in which people are asked how often they engage in particular behaviors (such as owning a firearm, or using it, and for what.)  The General Social Survey (GSS) is the most frequently used data sources to study firearms because it is one of the few nationally representative samples in which subjects are asked about firearm ownership. Of course, bias is possible here, too. Some have made convincing arguments that the GSS undercounts firearm ownership because many gun owners are suspicious of authorities asking about their guns, and that there are gendered and regional differences in likelihood of being willing to report a firearm in the house.  Still, it remains valuable resource for collecting gun ownership data. 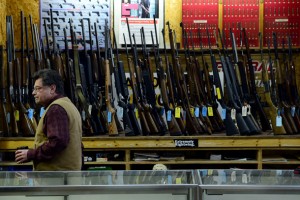 Survey and interview data in general about firearms must be treated with care. Firearms are powerful symbols with multiple – and conflicting – meanings. As a result, survey answers about firearms are likely to be less than accurate.

Phillip Cook has produced a formula for estimation, using CDC and police data about homicide and suicide, to estimate use of guns. For now, Cook’s Index is the closest thing scholars studying firearms have agreed is the best measure – though scarcely a perfect one — for estimating firearm use in causing human deaths, though not the prevalence of gun ownership or usage generally.   His formula utilizes the overall numbers of homicide and suicides and determines the percentage of each committed with a firearm.  Local telephone surveys asking people about firearm ownership confirm that Cook’s Index correlates closely with firearm availability. It is expected that there are variations cross-nationally with this estimate, and over time.

Right now, the it is impossible to say with any precision how many guns are currently in use of guns in the US.  By piecing together data from a variety of law enforcement, federal statistics about gun origins, and public health sources, a rough picture can emerge.  Improving these databases is the next goal for researchers.